HIMSS ’18 has come and gone, but there was one topic that really stood out from the rest – culture.

Culture isn’t always the first, or even second, thing we think about when it comes to Healthcare IT.  That being said, culture should be a top priority of any organization because without truly understanding the culture surrounding your company you risk high turnover and decreased innovation.

Essentially, culture is the glue that holds an organization together. The way people behave and what they believe are incredibly important elements to establishing an environment that motivates and embraces leadership.

Renown Health IT recognized this and embarked on a journey to find out exactly how to positively impact culture.  And, in turn, they wanted to see how cultural changes might increase their success at delivering projects and supporting technical needs and infrastructure throughout the organization.

So what does it take to create a culture that truly drives innovation, creates happiness, and promotes an authentic desire to do well?

For one – Input and Influencers 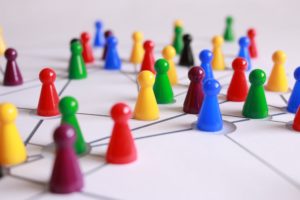 There’s no need to beat around the bush – if you’re looking for input, just ask.

Renown IT created several surveys they used to gather feedback and monitor the impact of changes. The surveys engaged the entire team to self-identify needed changes, create a baseline to measure against in the future, and provide a vehicle for ongoing feedback, communication, and transparency.

One survey was targeted at identifying “hidden influencers.” Hidden influencers are those outside of management who others seek out for input, advice, or to discuss concerns. They found that for every 200 people there are roughly 10-15 influencers hidden in plain sight, waiting to be valuable resources for communication.

Before they started on any major changes, the hidden influencers were identified, involved and educated in early changes to the culture.

I know what you’re thinking – really, more meetings? Renown IT removed their team from the constant daily distractions and brought them offsite to focus on solving their biggest hurdle to accomplishing every other project and initiative.  Sitting down and discussing as a team, in real-time, with no other distractions allowed the team to focus on the real problems of fear and lack of communication.

Through these meetings, Renown IT held a Kaizen focused on redefining their culture through the following steps:

At the end of this session Renown IT recognized the current state challenges of the fear of retaliation hiding honest feedback to ensure high survey scores.  They also defined their operating principles: 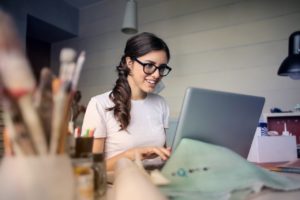 Culture isn’t something you do once, check your checkbox and move on.  Like your office plant, culture is something you need to water, nurture and grow.

Renown IT created a culture club made up of volunteers who reinforce the culture the team identified during the Kaizen. They are responsible for:

They have also started to fun (and elaborate) videos to introduce new employees to the rest of the IT team.  This is an early way to set the bar high for a continued focus on their culture.

These changes seem simple.  Anyone can do it, right?  You just have to get everyone to buy-in and participate.

Renown IT saw tremendous improvement in engagement, communication, and retention. They quantified the ROI of their investment of time through looking at their voluntary turnover rates, which decreased drastically from 18% to 3.2% over the last 3 years.  If you think about that in financial terms, if it roughly costs $300k to onboard new employees each year, reducing turnover by 15% saved Renown IT close to $250K.

It’s obvious that creating a culture that keeps employees around is the best option. Do you have a solid understanding of your organization’s culture? If not, now is the time.

Recent Posts
Large healthcare organizations often struggle to provide the right data to the right users at the right time. This results in decisions being made wi…
01/18/2023
read post →
Healthcare is Provided in Real-Time. Why Aren’t Your Analytics?
We here at Prominence Advisors are dedicated to giving back to our community. Driven by our mission to create a healthier tomorrow, we’re committed t…
11/29/2022
read post →
2022 Charitable Giving Recap
The BI world is rife with featureful, visually stunning, and well-marketed solutions designed to automate and simplify business intelligence. So why …
11/09/2022
read post →
Standardizing on SQL
Cloud computing was nascent just 15 years ago. Now, it is a top priority due to the cloud being more cost-effective, more powerful, more reliably ava…
02/09/2022
read post →
Data Lake Houses
Unified payor and EHR data are creating game-changing insights for organizations focusing on value-based care. Unlocking this value and benefits can …
02/09/2022
read post →
Claims Normalization
Open Popup Close Popup